A break-in attempt has been reassuringly foiled due to the specification of Sunray doors at a one of our customer’s premises!

Sunray’s ExcluDoor® 3 doorsets were installed at an Industrial location in 2013 with the purpose of optimising the security of the building and protecting its assets. The doors endured a sustained attack earlier this month from a team of assailants armed with weapons ranging from crowbars to an axe.

Despite their best efforts, the doors remained intact, and the assailants were unable to gain access into the premises.

The incident was testament to the importance of taking a proactive approach to building security, particularly at sites where asset protection is paramount. This case highlights the level of endurance afforded by Sunray security-rated products.

The ExcluDoor® is just one product from Sunray’s range of certified security doorsets, louvres and grilles; all of which are certified by LPCB to LPS 1175 Issue 7, from security levels 1-6.

For a quotation, or advice on how Sunray can help to secure your property, please call 01233 616346 or contact emma.freiter@sunraydoors.co.uk. 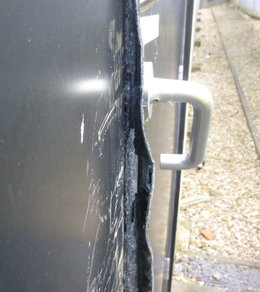 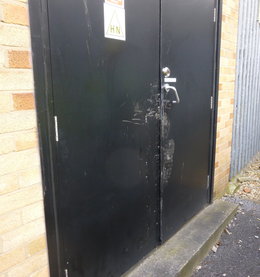 ← High Quality Steel Doors; Lead Times From Just 10 Days! Sunray Leads The Way With Integrated Management Systems →
This website uses cookies to improve your experience. We'll assume you're ok with this, but you can opt-out if you wish. Accept Read More
Privacy & Cookies Policy

This website uses cookies to improve your experience while you navigate through the website. Out of these, the cookies that are categorized as necessary are stored on your browser as they are essential for the working of basic functionalities of the website. We also use third-party cookies that help us analyze and understand how you use this website. These cookies will be stored in your browser only with your consent. You also have the option to opt-out of these cookies. But opting out of some of these cookies may affect your browsing experience.
Necessary Always Enabled
Necessary cookies are absolutely essential for the website to function properly. This category only includes cookies that ensures basic functionalities and security features of the website. These cookies do not store any personal information.
Non-necessary
Any cookies that may not be particularly necessary for the website to function and is used specifically to collect user personal data via analytics, ads, other embedded contents are termed as non-necessary cookies. It is mandatory to procure user consent prior to running these cookies on your website.
SAVE & ACCEPT